How does your organisation measure up?

Marketing Institute Ireland is delighted to partner with Kantar in hosting this DEI event, where we’ll demonstrate why DEI is important to get right, not just from a moral standpoint but from a business standpoint.

Getting Diversity, Equity and Inclusion (DEI) right is no longer optional for organisations. To be successful being diverse and inclusive is both a moral and business imperative. Join us as we discuss why DEI is so important and what it takes to get it right along with some of the actions that can be taken to move the dial and take the necessary steps to become an inclusive place to work.

Using WFA and AA data, an overview will be presented by Kantar, followed by an exciting panel discussion. 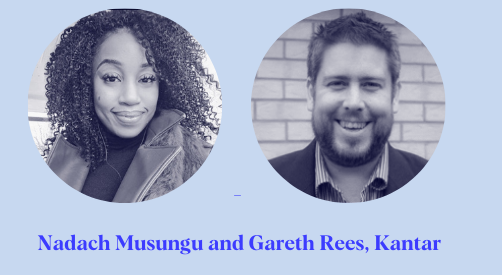 Why DEI is important to get right

Nadach heads up Kantar UK’s Inclusion business and has a deep expertise in helping clients to put in place effective DEI strategies helping to drive change in the workplace. Prior to joining Kantar, Nadach worked at Boden where she was Chair of Diversity and Inclusion.

Gareth has over 20 years of experience in the research industry and over the last year has helped the Advertising Association and the World Federation of Advertisers to understand how the marketing and advertising Industry is performing when it comes to Diversity and Inclusion. 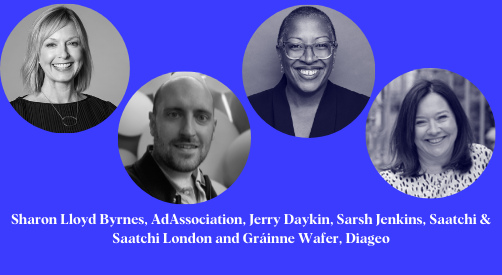 Sharon, is the Commercial Director and Inclusion Lead for the Advertising Association. Previously, she ran magazine ad sales teams in London and New York before co-founding The Drive Partnership, a consultancy working with businesses across a range of sectors to build profitable growth. In 2000, Sharon co-founded a school for autistic children, called Beyond Autism, with 3 other parents. In addition to her commercial role at the AA, Sharon leads on the UK ad industry’s All In campaign for a more inclusive workforce. It launched last year with the All In Census, conducted by Kantar, and was completed by over 16,000 people.

Jerry has been at GSK Consumer Healthcare (Advil, Sensodyne, Chapstick, etc) for the past 3 years where he was their EMEA media lead. He led a substantial digital transformation of their business bringing together a much stronger team, agency and tech model and more than doubling their digital media investments. He’s previously held global media leadership roles at Diageo, Mondelez International and agency side at Dentsu. In 2021 he was International Media Leader of the Year in Mediatel’s Leadership Awards, and was recognised by AdWeek in their annual Pride Stars list. He’s previously chaired the Festival of Media Global Awards and has been a regular media contributor to The Drum and The Guardian.

Sarah joined Saatchi & Saatchi as managing director in December 2019 and helps to shape the strategic direction of the agency and drive the day-to-day business. Previously a nine year veteran of Grey London where she held the role of Chief Marketing Officer and Head of Account Management and was responsible for some of the agency’s flagship creative accounts – including Lucozade and GSK. Sarah has worked in both global network agencies and start ups and across organisations as diverse as Mars P&G and the Home Office.

A staunch believer in the need for greater diversity of talent at all levels across advertising, Sarah has been a driving force behind the industry wide Advertising Diversity Task Force, which brings together the most progressive agencies across the communications industry to use their combined energy, expertise and skills to shift the diversity dial.

Gráinne, Global Brand Director for Guinness at Diageo is responsible for the Guinness brand globally, one of the world’s most iconic brands, brewed in over 50 countries and enjoyed by millions of consumers in 150 countries.  She is accountable for strategy, commercial, quality and marketing for the brand across both developed and developing markets.

Gráinne is also joint lead of Diageo’s progressive portrayal programme globally and has been a vocal advocate for inclusivity and diversity across the advertising and marketing industries. She is the Diageo representative for the UNstereotype Alliance, Creative Equals and WFA D&I Taskforce amongst key industry partnerships.

Gráinne has spent over twenty years with Diageo working on a wide variety of brands, with local, European & global roles spanning communications, brand marketing, innovation and commercialisation. Most recently Grainne was Global brand Director on Baileys and Roe & Co, delivering a complete brand transformation on Baileys globally, and overseeing the development and opening of the new Roe & Co distillery and visitor centre as well as market expansion to USA & Australia.