INSTITUTE INTERWOVEN WITH DEVELOPMENT OF IRELAND

Now entering our sixth decade, the Marketing Institute of Ireland has been there all the way, playing our part in Irish business life, facilitating and supporting the marketing professionals and business leaders who, by focusing on customers and markets, played their part in the creating what was to become the modern Irish economy.

We are particularly proud of the fact that the man widely regarded as the architect of the modern Irish economy, Taoiseach Seán Lemass TD, was an ardent supporter of our work, and served as President of the Institute for four years from 1967.

Commerce has been a feature of life in Ireland going back to the Bronze Age, when we were engaged in extensive international trade, but the story of the Marketing Institute really begins in 1962.

Since 1947 there had been an Irish affiliate of the London-based Incorporated Sales Managers Association (ISMA) in place, and there were Irish branches in Dublin, Belfast and Cork. Developments in the early 1960s were changing the business landscape. The Treaty of Rome had established the new Common Market, Teilifís Éireann had just been launched, and Ted Levitt had published the sensational “Marketing Myopia” article in the Harvard Business Review.

In what was to be a far-reaching event, the ISMA in Ireland broke with London and formed the Irish Institute of Marketing and Sales Management in 1962. This was a courageous move, as at that time the commercial culture in Ireland was very weak. There was a widespread aversion to risk-taking, a reluctance to change, and a shortage of well-trained business managers. Exports were low and aimed mainly at Britain. There was a general lack of initiative in sales management, and marketing was little understood and rarely practised. Furthermore there was no university degree course available in marketing. 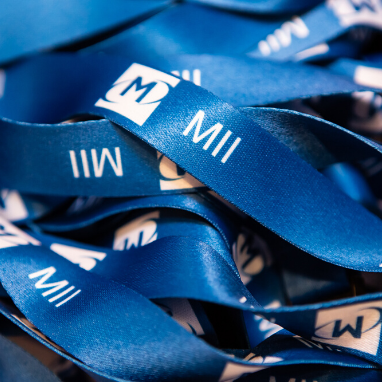 The initial emphasis of the Institute in the 1960s was on establishing an independent, vibrant and relevant professional Institute.

A new Diploma in Marketing was made available to students in 1962, examined by the Institute of Marketing in Britain. Student numbers increased, and links were forged with universities and other industry bodies.

Amongst the very early contributors at our events were Tony O’Reilly, General Manager of Bord Báinne, Jack Lynch TD, Minister for Industry and Commerce, and Garret Fitzgerald TD.

In 1964, the Institute affiliated to the European Contact Group of Marketing, and we were founder members of the European Marketing Confederation (EMC), its successor. Through our extensive participation in the EMC, we were centrally involved in the development of marketing at European level. A number of Institute members held high office in the EMC at different stages.

In the 1970s we focused on developing a degree-equivalent part-time professional qualification that would provide real practical benefit to individuals and their employers, and this was the Graduateship programme.

In 1971, we launched our own programme of study and examinations for professional qualification in marketing. This was to be a two-tier four-year programme. A Certificate in Marketing would be awarded after completing Parts I and II, and students who went on to complete Part III achieved the Diploma in Marketing and Part IV would receive the Graduateship in Marketing of the Institute. The list of past graduates of this programme today reads like a who’s who of leadership in Irish business.

Later in the 1970s we established the annual National Marketing Conference, which grew to become one of the major events in the business calendar in Ireland.

Our priority in the 1980s was increasing public awareness of the importance of marketing. We campaigned for increased government support for marketing in private companies, especially for exporting, and we became established as the voice of professional marketing in Ireland.

In 1986 our membership surpassed 1,000. In 1987 the government appointed the late Séamus Brennan TD as Minister of State for Marketing, the first time the term Marketing was used in the title of a government office. New courses were launched on sectoral marketing, including financial services and retail, and a newly refreshed Graduateship programme was introduced. Also in that year, Philip Kotler, one of the foremost marketing authors in the world, addressed over 700 members, students and others in Dublin, and he was conferred with Honorary Fellowship of the Institute.

The 1990s saw growth in membership, development of events for members, and further offerings in the professional development area. Membership surpassed 2,000 in 1990, and 2,500 in 1995. In 1994, conscious of the need to keep the disciplines of professional selling integrated with the other functions in business, we launched the Certificate in Selling. We launched the Young Marketing Breakfast series, and initiated the Top Marketing Forum for senior executives. We went online in January 1996.

The turn of the century saw the Marketing Institute renew its activities in the training and development area, with a range of new offerings aimed at equipping marketers for the fast changing business environment, particularly regarding the challenges and opportunities presented by technology.

The second half of the decade saw the Institute engage in a fundamental renewal, getting to grips with an unprecedented pace of change in the world.

The governance of the Institute was reviewed and streamlined according to best industry practice, and our structures were condensed for stability and rapid businesslike progress.

The All Ireland Marketing Awards were launched in 2007 and were an immediate hit with the marketing profession, providing a high-profile platform for the recognition of Irish marketing successes, and attracting the participation of hundreds of marketers and their companies.

Also in these years, the Institute concluded its strategy to switch from directly operating its Marketing Graduateship qualification to instead concentrating on co-working with third-level institutions to jointly develop and offer leading edge programmes, and the first of these offerings was the Executive MSc in Marketing offered with T U Dublin.