in partnership with MCCP

We are delighted to invite the marketing community to join us in our 2022 Marketing Breakfast Series in partnership with MCCP. Joining us for our January Breakfast is April Redmond, Global Brand VP at Unilever

The time we have to save humanity from climate disaster is running out.What can you do as a marketer to make a difference?

April will talk you through 5 things that you can do RIGHT NOW to make an impact, whether you are a CMO or an ABM.

Join us and hear more about how YOU can put your company and brand on track to be a Force for Good in the world and help preserve our natural resources and planet for the generations to come.

The Marketing Breakfast Series was a sequence of early morning events held in central Dublin exploring marketing themes and practices in a wide range of different areas. Due to the challenges of 2020, the series went online. Our collaboration with MCCP this year will bring an overall theme of “Navigating Recovery” to be spread across eight breakfast events with top speakers from the profession. 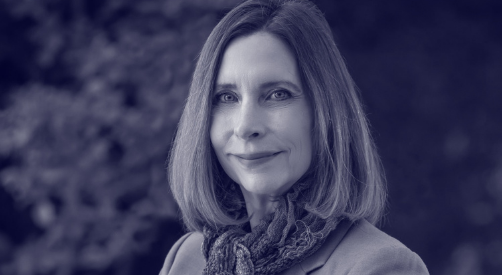 Prior to this, April held senior international marketing, innovation, and eComm leadership roles across a range of companies, including Kerry Foods, The Coca-Cola Company, Diageo, and Dell.  April and her teams have won numerous awards for Marketing Effectiveness and Creativity: IAPI Awards for Effectiveness; Cannes Lions Awards; All Ireland Marketing Team of the Year, Advertising, and Brand Campaign Awards; and The Coca-Cola Company Worldwide Award for Marketing Excellence, to name a few.

She is a Fellow of the Marketing Institute of Ireland as well as the International Women’s Foundation and The Marketing Academy.

She is a self-professed foodie who holds a Graduate Diploma in Gastronomy  from Le Cordon Bleu, and a B.S. Degree from Emerson College in Boston, Massachusetts.  She is a passionate driver of bold actions to fix the broken food system; and is one of the visionaries behind the Future 50 Foods report developed in conjunction with the World Wildlife Foundation – a tangible solution to decrease the environmental impact of our food while increasing the nutritional value of our meals. To date this watershed report has driven over 5.7 billion earned media impressions in more than 95 countries. In February 2021, April launched World Eat for Good day to commemorate the 2nd anniversary of the Report – a day that Unilever and its partners will now dedicate every year to raising widespread awareness of the impact that our food choices have on the environment.

April is passionate about Nature, Creativity, and Diversity & Inclusion. April currently lives in The Hague with her proudly Irish family – husband, 13-year-old daughter and 2 lively Cockapoos.