CMO Series: COVID-19 is an Opportunity to Break the Cycle with Rory Sutherland

The Marketing Institute would like to invite you to join our New CMO Series. We’re bringing you some leading industry marketers to talk about their experiences along with discussing some of the future challenges facing marketing.

This presentation with Rory Sutherland, Vice Chairman of Ogilvy will discuss: COVID-19 is an Opportunity to Break the Cycle.

“It is my outrageous contention that, for most categories of goods, in much of the developed world, the biggest constraint to progress – economic, social and environmental – is demand, not supply. In other words, growth is now primarily a marketing problem.”

As proof of that, why did it take a pandemic to get people even to experiment with the widespread use of videoconferencing?

Perhaps this is because behavioural change is surprisingly difficult. Habit and social copying are string forces, as is inertia. But there are two other obstacles: 1) network effects – some technologies are of little use until widely adopted and 2) coordination problems – many things are of little value unless adopted simultaneously.
A simultaneous, universal, externally imposed change in behaviour can be a very valuable accelerator in the shift to new behaviours – it solves all three problems simultaneously. It would be a tragic thing to waste it.

Join Rory as he delves into how COVID-19 is an Opportunity to Break the Cycle. 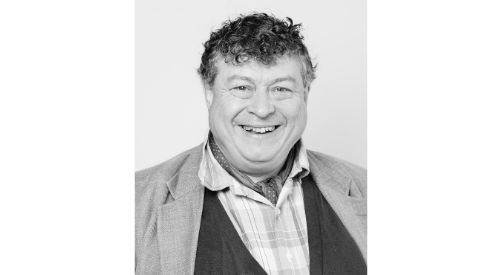 Rory is the Vice Chairman of Ogilvy, an attractively vague job title which has allowed him to co-found a behavioral science practice within the agency.

Before founding Ogilvy Change, Rory was a copywriter and creative director at Ogilvy for over 20 years, having joined as a graduate trainee in 1988. He has variously been President of the IPA, Chair of the Judges for the Direct Jury at Cannes, and has spoken at TED Global. He writes regular columns for the Spectator, Market Leader and Impact, and also occasional pieces for Wired. He is the author of two books: The Wiki Man, available on Amazon (at prices between £1.96 and £2,345.54, depending on whether the algorithm is having a bad day), and the best-selling Alchemy, The surprising Power of Ideas which don’t make Sense, published in the UK and US in May 2019.

Rory is married to a vicar and has twin daughters of 18. He lives in the former home of Napoleon III – unfortunately in the attic. He is a trustee of the Benjamin Franklin House in London and a Patron of Rochester Cathedral.